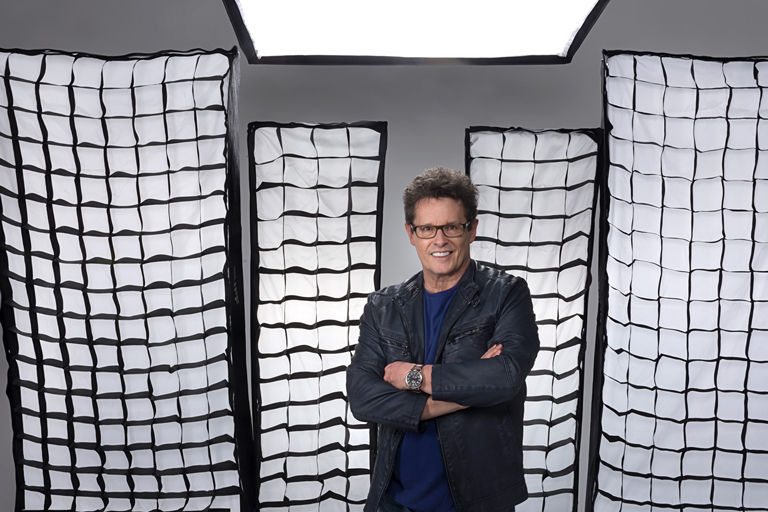 Now Greenwell has made the move, shifting his studio to Plymouth after spending 30 years in Farmington Hills.

In fact, most summer Friday nights find Greenwell prowling Kellogg Park with his signature long lens, shooting musicians and fans at the Music in the Air concert series.  Because creating and capturing images isn’t just what he does … it’s who he is, even in his free time.

So Greenwell finds it “especially satisfying” to relocate to Plymouth Township after operating a commercial photography studio in Farmington Hills for 30 years.

“We found a unique property that lets me combine the studio and a home in a single location and that is an ideal situation,” Greenwell said. “It helps that Plymouth Township is friendly to home-based businesses. Many communities, we found, are not.”

Greenwell and girlfriend Tina Creguer recently purchased a home on Ann Arbor Trail, directly across from the entrance to Plymouth Township Park. A large building on the property has become home to his photography studio, with glistening white epoxy floors and professional lighting that will accommodate photo sessions for subjects ranging from business executives to intricate auto parts and everything in between.

Greenwell first rose to acclaim in the 1990s, when he produced a series of calendars featuring local sports celebrities. With text by Mitch Albom, with whom he partnered, Greenwell’s calendars benefited local charities and showcased photos of such sports luminaries as Sparky Anderson, Steve Yzerman, Barry Sanders, Jack Morris, Bo Schembechler, Isiah Thomas, Joe Dumars, Chris Osgood and many more.

He has also shot thousands of models, business professionals, actors, events, products (semi-trailers to jewelry) and even a live childbirth.

Born and raised in Martinsville, Ill. — “think Andy Griffith’s ‘Mayberry,’” Greenwell said — he moved to Detroit after college as a cameraman for the “PM MAGAZINE” Detroit TV show.

Working for WJBK-TV (Channel 2) over the next three years, he filmed, edited and co-produced segments that took him from the salt mines under Detroit to the skies over Selfridge Air National Guard Base and earned him six Emmy nominations. When the demand for video production services grew, Greenwell left broadcast TV to open his own video business, where he oversaw projects for Domino’s, the Big Three auto companies, HBO, Showtime and others. Over time, his interest in still photography grew and he opened his first photography studio in 1987 in Farmington Hills.

“At a time when everyone with a cellphone fancies him or herself a photographer, there are many principles and qualities that only professional equipment and years of experience can yield,” Greenwell said. “I look forward to connecting with local businesses and people to create great new photos in this community – whether in my studio or on location.”

In addition to photography sessions, the new studio will accommodate photography workshops and lessons. Greenwell Photography will host an open house for the public this spring. Greenwell’s work can be seen at www.andygreenwell.com.

This article originally appeared in the Plymouth Observer.